The citizens and monsters want to overthrow your throne! Defeat all enemies to win! Watch out for your own projectiles, they damage you and screen wrap. W,A,S,D to move, LMB to shoot.

nice enemy and weapon designs, the controls function smoothly and the enemies have a nice variety of movements and attackcs

Thanks for the feedback! :) Getting the boss working with multiple attacks was a nightmare hahaha

Cool Game, like how your bullets flank you, learnt that the hard way after killing myself. Fun stuff

Thanks for the feedback! :) That's a really cool idea would stop spam shooting, I originally had a few ideas I didn't quite get done in time such as the boss have a weak point that moved so you would sometimes have to fire behind you to hit it and vice versa.  There were also other enemies such as knights whose shields could reflect your attacks. I may make the change you suggested in the coming days. 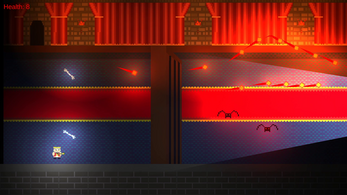 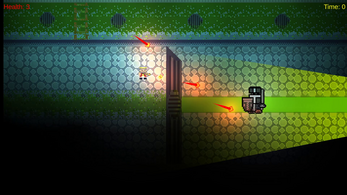 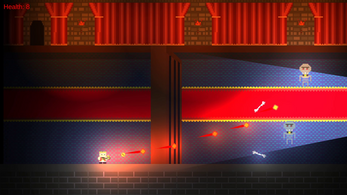 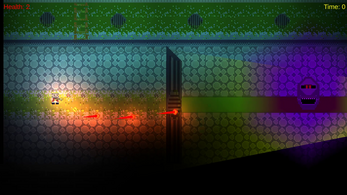